A new State of the Climate report confirms that 2016 was third consecutive year of record global warming. Last year’s record heat resulted from the combined influence of long-term global warming and a strong El Niño early in the year.

The report found that the major indicators of climate change continued to reflect trends consistent with a warming planet. Several markers such as land and ocean temperatures, sea level and greenhouse gas concentrations in the atmosphere broke records set just one year before. 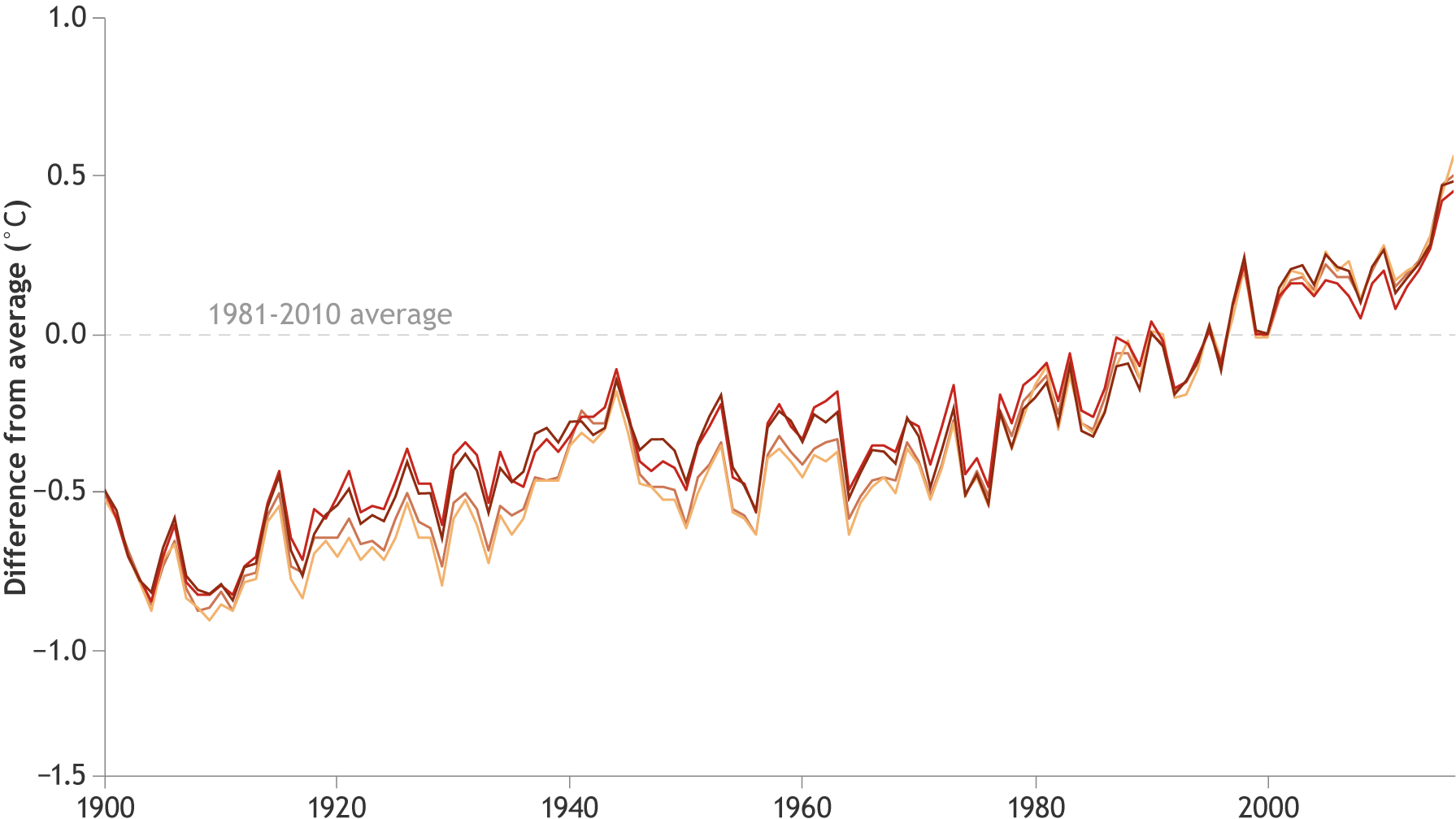 Led by NOAA National Centers for Environmental Information, the 2016 report is based on contributions from nearly 500 scientists from more than 60 countries around the world and reflects tens of thousands of measurements from multiple independent datasets.

Greenhouse gases the highest on record.

One of the most alarming findings of the report is that major greenhouse gas concentrations, including carbon dioxide (CO2), methane and nitrous oxide, rose to new record high values during 2016, surpassing 400 ppm for the first time in the modern atmospheric measurement record and in ice core records dating back as far as 800,000 years.

The full report was released online by the American Meteorological Society (AMS).